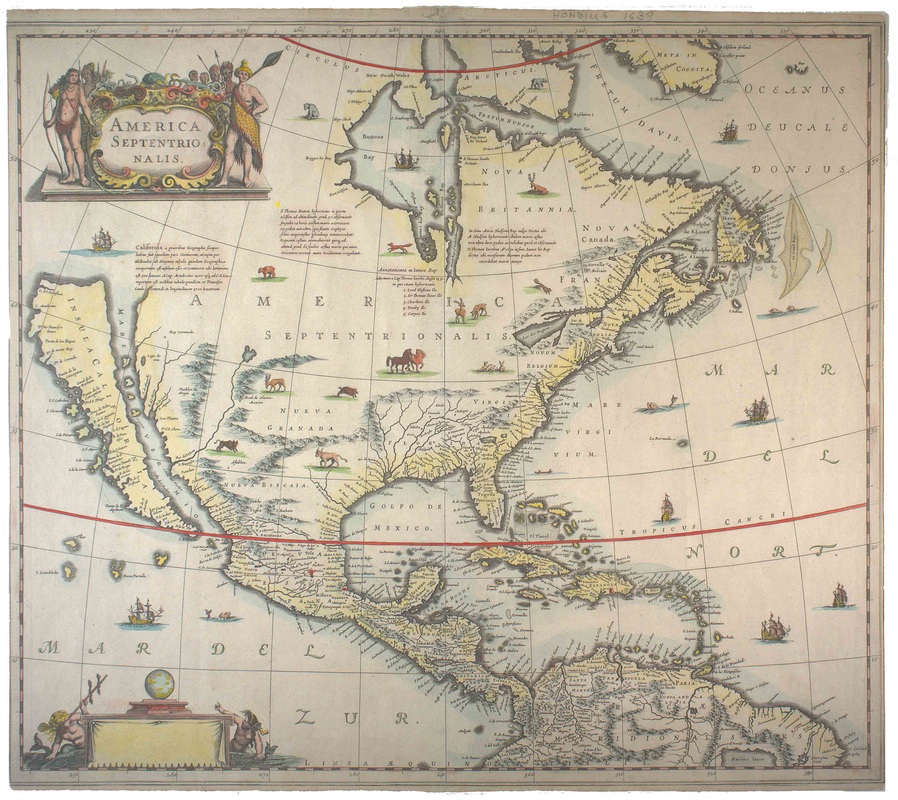 Hudson Bay - Jansson’s 1666 Map: America Septentrionalis
(McGill University Map Collection invites you to click on the  map above to view a hi-res version of it)

It is quite easy to visualize Radisson & Groseilliers using a version of this map to convince London investors of the practicality and profits to be made by shipping furs from what is now central Canada to London via Hudson Bay instead of the more costly and time-consuming overland routes to Montreal and other Eastern sea coast ports. The quantity and quality of the fur pelts returned to London in 1679 by Groseilliers aboard Nonsuch confirmed the benefits of the Hudson Bay route. Soon thereafter the Hudson Bay Company was formed and chartered in 1670.
Proudly powered by Weebly