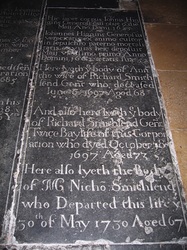 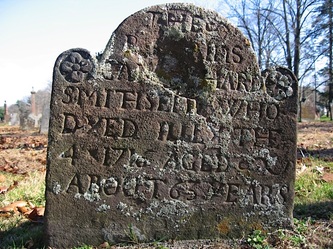 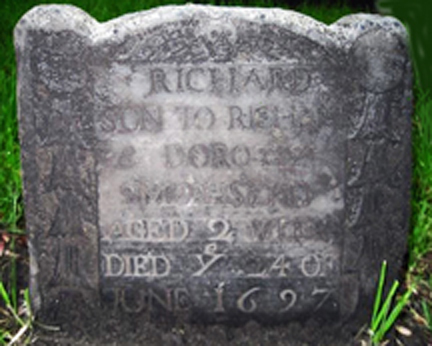 Photo source: http://smithinfamily.co.uk/Smithsend-London.pdf
Richard Smithsend - Born 1697 - Died 1697  (age two weeks).
The son of Richard and Dorothy. He died as an infant on
the 24th June 1697 and is buried in the Granary Burial ground
in Boston, Massachusetts.


Authors Note:
This infant nephew to Nicholas Smithsend died after the Hudson Bay
Company convoy had departed London, 2 June 1697 .
There was no way that Capt. Smithsend  would have
known about this brother's tragic loss until well after
returning to London in late 1697.