The Authors Arriving In Canada By Ship 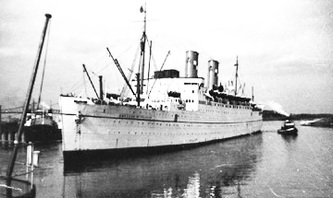 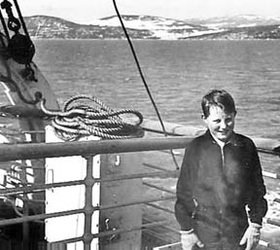 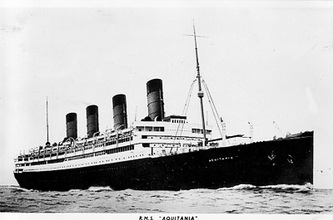 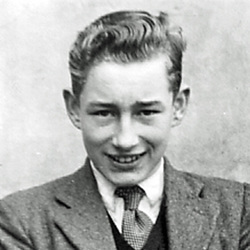 R. M. S. Aquitania                                                                                                        David Smith upon arrival in Canada in 1949
David Smith - was also born in England. His very first venture on water occurred when an adventurous cousin took him one gusty day in a sailboat on a perilous excursion at Shoreham-by-Sea. He emigrated to Canada as a young teenager aboard the R.M.S. Aquitania on its last outbound trans-Atlantic journey in 1949. The six-day stormy voyage from Southampton to Halifax in the month of November is still vivid in his mind. He remembers the aged ship creaking and groaning as it plunged through waves as high as houses. After his university studies, he taught for several years at Chambly County High School, St. Lambert, where he organized a chess club, and assisted in coaching track and field. In 1962, he directed the first bilingual Model United Nations for high school students in Quebec. In his later career, he was a specialist in the teaching of history and the social sciences at McGill University. Among the books he has published is Educating for a  Peaceful Future co-authored with Terrance Carson.
Note: Click RMS Aquitania "Cunard's Last Four Stacker" to view a video on the ship, and footage of the vessel being prepared for breakup in early 1950
Proudly powered by Weebly