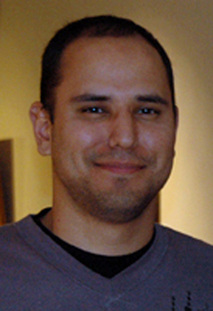 Akwiratékha speaks the Mohawk sentences and vocabulary that appears on  pages 12, 155, 163, and 165 of Check Mate!

Page 12
“Aah, mais oui. J’avais seize ans. I was with them for about a year and a
half…en effet …Iroquois is the name for five different tribes. It was really the
Mohawk who took me just outside Trois Rivi.res, Three Rivers.
“Aren’t they the
‘Ga nyah ghee hah:gah’?”

my father asked great uncle
Peter. The old man nodded in agreement. I was puzzled at what my father
had just said.
“What does that mean?” I asked great uncle Peter.
My father intervened with,
“Ga nyah ghee hah:gah’,

it means ‘people of
the flint’”.
“Father, I didn’t know you could speak Mohawk!” I expressed excitedly.
“I have learned a few Mohawk terms from a good teacher,” he replied
while patting great uncle Peter on the shoulder.
“It’s been some time since we last used that term together,” the old gent
remarked with a smile.
“Knee-ah wah,

father replied.
“Ahh, you also remember how to say ‘Thank You’ in Mohawk,” great
uncle Peter said.
“What do you remember about the
‘Ga nyah ghee hah:gah’?”

I anxiously
attempted the Mohawk words.
Great uncle Peter chuckled at my first effort at speaking Mohawk. He
placed his hand on my shoulder, and like one of my St. Paul’s teachers began
to speak slowly in Mohawk
“Yah tah deyah gwha dai gee-yon deh:lih-gwei,”

he paused briefly to scratch
the side of his balding head and continued,
“dahnu yah tah deyah gwha dah dee nyah heh:zen.”

There was an uplifting feeling behind how he continued,
“Zok wha gyah gwha dai gyah dah:hah-neh.”

As he spoke I could see that he was happily
recalling this time in his youth. He slowly stroked his white beard and
with a smile on his face he concluded,
“Kah-lay geeh oh:neh wa gwha de loh zeh lee:yon-nay.”

“What did you just say great Uncle?” I asked inquisitively.
“David, I was just stating the truth about my stay with the
‘Ga nyah ghee hah:gah.’

I said, “We were strangers and distrustful of each other. Then we
started to get to know one other. After that we got along well together.”
These three sentences in this native language had become imprinted in
my memory.
“Knee-ah wah”

I said appreciatively. Both my father and great uncle Peter
seemed to be pleased with my first attempts in Mohawk.
Belle delivered our hot meals. She had a puzzled look on her face upon
hearing my first attempts at speaking the three Mohawk sentences. We all
chuckled at my clumsy undertaking. The rest of the time we spent finishing
our meal and laughing at other stories told by the old adventurer. However